Many constellations are bright, big, and fairly easy to spot. Others can be surprisingly small and faint, but with practice even these challenging star patterns become easier to discern. A couple of fun fainter constellations can be found in between the brighter stars of Ursa Major, Leo, and Gemini: Lynx and Leo Minor, two wild cats hunting among the menagerie of animal-themed northern star patterns!

Lynx, named for the species of wild cat, is seen as a faint zigzag pattern found between Ursa Major, Gemini, and Auriga. Grab a telescope and try to spot the remote starry orb of globular cluster NGC 2419. As it is so distant compared to other globular clusters – 300,000 light years from both our solar system and the center of the Milky Way – it was thought that this cluster may be the remnants of a dwarf galaxy consumed by our own. Additional studies have muddied the waters concerning its possible origins, revealing two distinct populations of stars residing in NGC 2419, which is unusual for normally-homogenous globular clusters and marks it as a fascinating object for further research.

Leo Minor is a faint and diminutive set of stars. Its “triangle” is most noticeable, tucked in between Leo and Ursa Major. Leo Minor is the cub of Leo the Lion, similar to Ursa Minor being the cub to the Great Bear of Ursa Major. While home to some interesting galaxies that can be observed from large amateur scopes under dark skies, perhaps the most intriguing object found within Leo Minor’s borders is Hanny’s Voorwerp. This unusual deep-space object is thought to be a possible “light echo” of a quasar in neighboring galaxy IC 2497 that has recently “switched off.” It was found by Hanny van Arkel, a Dutch schoolteacher, via her participation in the Galaxy Zoo citizen science project. Since then a few more intriguing objects similar to Hanny’s discovery have been found, called “Voorwerpjes.”

Lynx and Leo Minor are relatively “new” constellations, as they were both created by the legendarily sharp-eyed European astronomer Johannes Hevelius in the late 1600s. A few other constellations originated by Hevelius are still in official use: Canes Venatici, Lacerta, Scutum, Sextans, and Vulpecula. What if your eyes aren’t quite as sharp as Johannes Hevelius – or if your weather and light pollution make searching for fainter stars more difficult than enjoyable? See if you can spot the next Voorwerp by participating in one of the many citizen science programs offered by NASA at science.nasa.gov/citizenscience! And of course, you can find the latest updates and observations of even more dim and distant objects at nasa.gov. 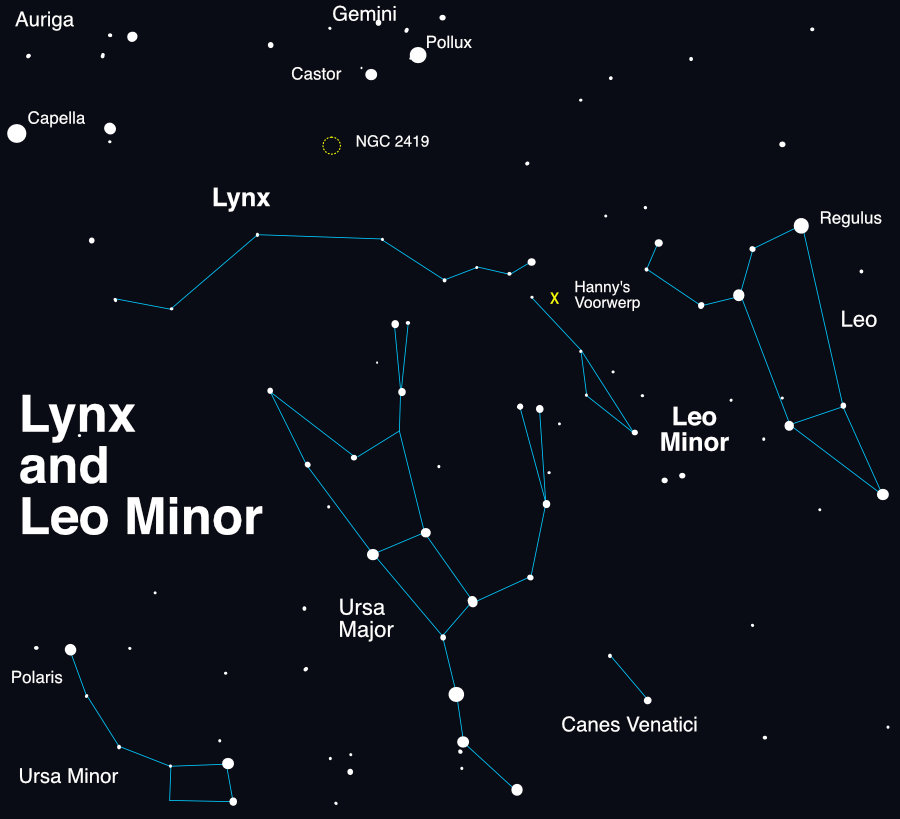 Map of the sky around Lynx and Leo Minor. Notice the prevalence of animal-themed constellations in this area, making it a sort of celestial menagerie. If you are having difficulty locating the fainter stars of Leo Minor and Lynx, don’t fret; they are indeed a challenge. Hevelius even named the constellation as reference to the quality of eyesight one needs in order to discern these faint stars, since supposedly one would need eyes as sharp as a Lynx to see it! Darker skies will indeed make your search easier; light pollution, even a relatively bright Moon, will overwhelm the faint stars for both of these celestial wildcats. While you will be able to see NGC 2419 with a backyard telescope, Hanny’s Voorwerp is far too faint, but its location is still marked. A few fainter constellation labels and diagrams in this region have been omitted for clarity.

Image created with assistance from Stellarium 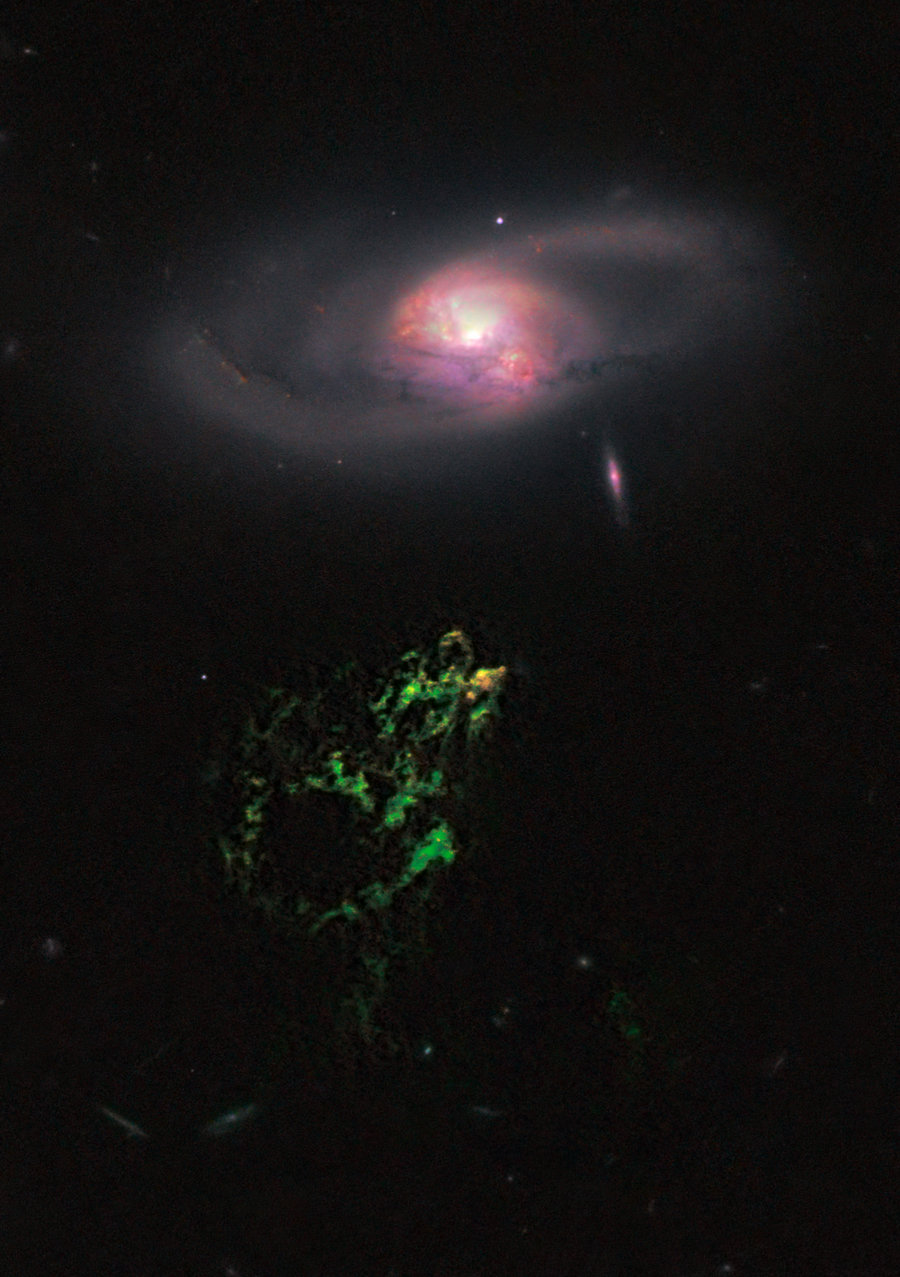