NASA’s James Webb Space Telescope is ready for lift-off! As of this writing (November 15), the much-anticipated next-generation space telescope is being carefully prepared for launch on December 18, 2021, and will begin its mission to investigate some of the deepest mysteries of our universe.

The development of the Webb began earlier than you might expect – the concept that would develop into Webb was proposed even before the launch of the Hubble in the late 1980s! Since then, its design underwent many refinements, and the telescope experienced a series of delays during construction and testing. While frustrating, the team needs to ensure that this extremely complex and advanced scientific instrument is successfully launched and deployed.  The Webb team can’t take any chances; unlike the Hubble, orbiting at an astronaut-serviceable 340 miles (347 km) above Earth, the Webb will orbit about one million miles away (or 1.6 million km), at Lagrange Point 2. Lagrange Points are special positions where the gravitational influence between two different bodies, like the Sun and Earth, “balance out,” allowing objects like space telescopes to be placed into stable long-term orbits, requiring only minor adjustments – saving Webb a good deal of fuel.

Since this position is also several times further than the Moon, Webb’s sunshield will safely cover the Moon, Earth, and Sun and block any potential interference from their own infrared radiation. Even the seemingly small amount of heat from the surfaces of the Earth and Moon would interfere with Webb’s extraordinarily sensitive infrared observations of our universe if left unblocked. More detailed information about Webb’s orbit can be found at bit.ly/webborbitinfo, and a video showing its movement at bit.ly/webborbitvideo.

Once in its final position, its sunshield and mirror fully deployed and instruments checked out, Webb will begin observing!  Webb’s 21-foot segmented mirror will be trained on targets as fine and varied as planets, moons, and distant objects in our outer Solar System, active centers of galaxies, and some of the most distant stars and galaxies in our universe: objects that may be some of the first luminous objects formed after the Big Bang! Webb will join with other observatories to study black holes – including the one lurking in the center of our galaxy, and will study solar systems around other stars, including planetary atmospheres, to investigate their potential for hosting life.

Wondering how Webb’s infrared observations can reveal what visible light cannot? The “Universe in a Different Light” Night Sky Network activity can help – find it at bit.ly/different-light-nsn. Find the latest news from NASA and Webb team as it begins its mission by following #UnfoldTheUniverse on social media, and on the web at nasa.gov/webb. 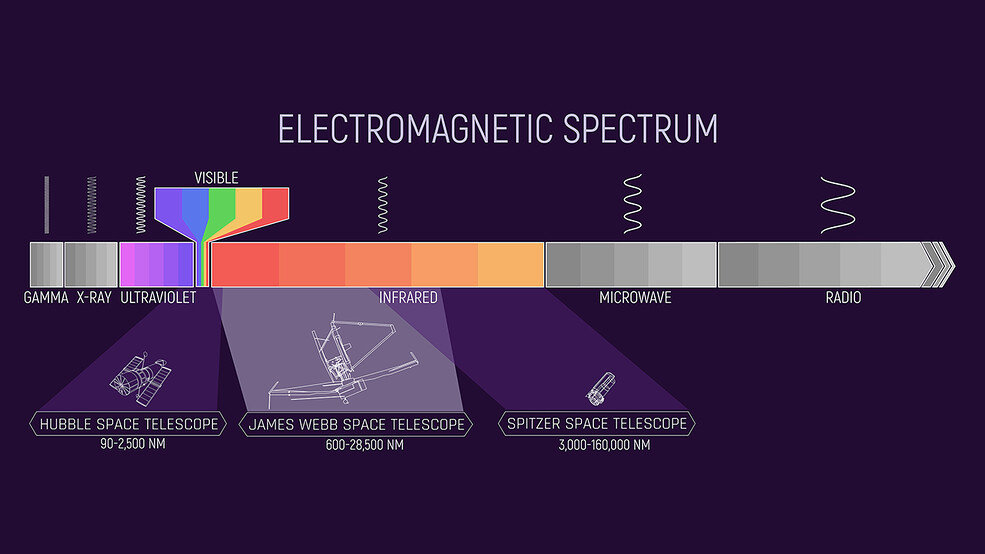 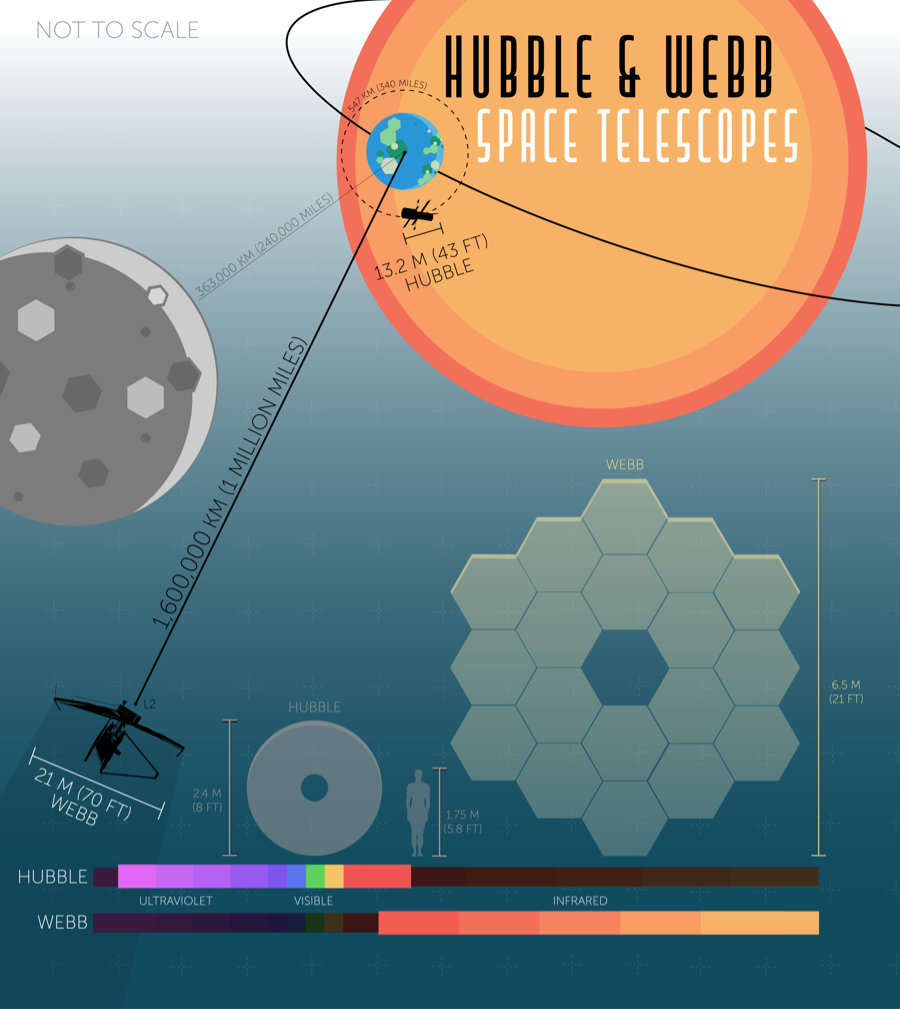 Webb will follow up on many of Hubble’s observations and continue its mission to study the most distant galaxies and stars it can – and as you can see in this comparison, its mirror and orbit are both huge in comparison, in order to continue these studies in an even deeper fashion! Credits: NASA, J. Olmsted (STScI)