NASA’s latest Mars rover, Perseverance, is launching later this month!  This amazing robot explorer will scout the surface of Mars for possible signs of ancient life and collect soil samples for return to Earth by future missions. It will even carry the first off-planet helicopter: Integrity. Not coincidentally, Perseverance will be on its way to the red planet just as Mars dramatically increases in brightness and visibility to eager stargazers as our planets race towards their closest approach in October of this year.

Perseverance’s engineers built upon the success of its engineering cousin, Curiosity, and its design features many unique upgrades for a new science mission! In February of 2021, Perseverance will land at the site of an ancient river delta inside of Jezero Crater and ready its suite of seven primary scientific instruments. The rover will search for traces of past life, including possible Martian fossils, with WATSON and SHERLOC, two advanced cameras capable of seeing tiny details. The rover also carries an amazing instrument, SuperCam, to blast rocks and soil outside of the rover’s reach with lasers to determine their chemical makeup with its onboard suite of cameras and spectrometers.  Perseverance will also take core samples of some of the most promising rocks and soil, storing them for later study with its unique caching system. Future missions will retrieve these samples from the rover and return them for detailed study by scientists on Earth.  Perseverance also carries two microphones so we can hear the sounds of Mars and the noises of its instruments at work. It will even launch a small helicopter – Ingenuity – into the Martian atmosphere as a trial for future aerial exploration!

Would you like to contribute to Mars mission science? You can help NASA’s rover drivers safely navigate the Martian surface by contributing to the AI4Mars project! Use this tool to label terrain features on photos taken of the Martian surface by NASA missions to help train an artificial intelligence algorithm to better read their surrounding landscape: bit.ly/AI4Mars

The launch of Mars Perseverance is, as of this writing, scheduled for July 20, 2020 at 9:15am EDT. More details, updates, and livestreams of the event are available on NASA’s official launch page: bit.ly/Mars2020Launch . Dig deep into the science of the Mars 2020 mission and the Perseverance rover at: mars.nasa.gov/mars2020/ . Find out even more about past, present, and future Mars missions at nasa.gov. 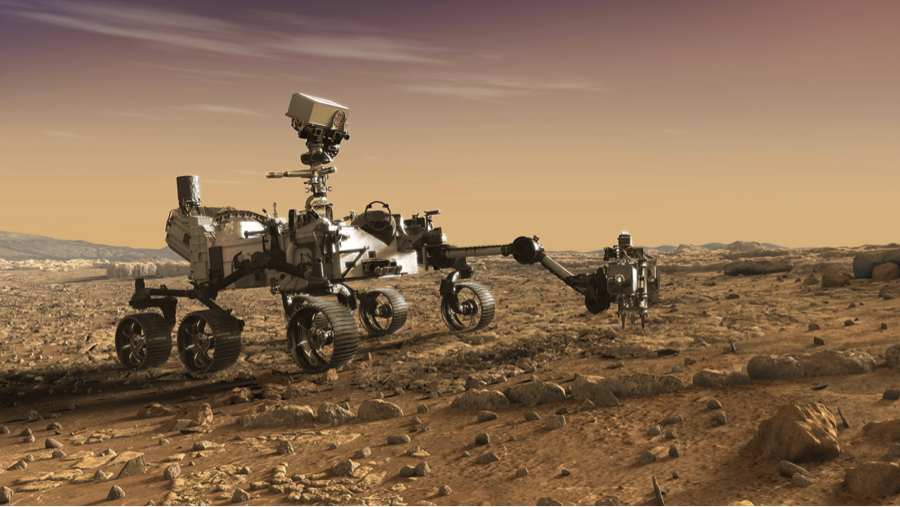 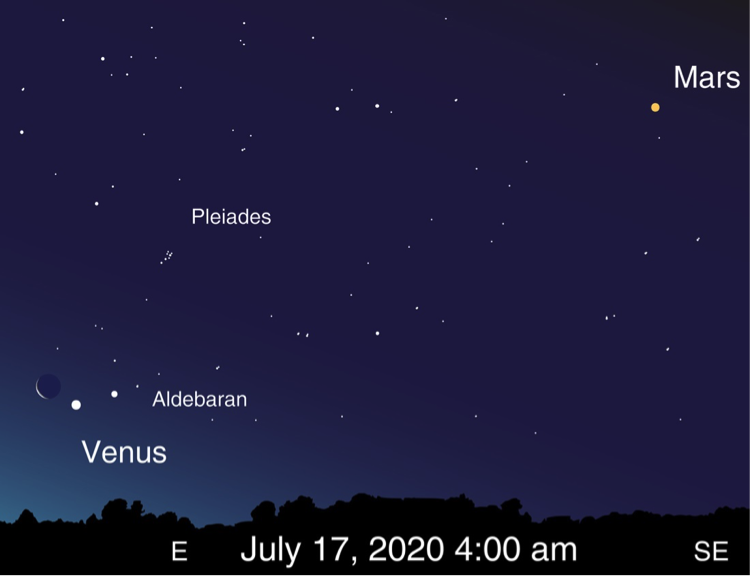 Observe Mars yourself over the next few months! Mars can be found in early morning skies throughout July, and by the end of the month will rise before midnight. Mars gradually brightens every night until the close approach of Mars in October. The pre-dawn skies of July 17 present an especially nice view, as the waning crescent Moon will appear near Venus and Aldebaran.